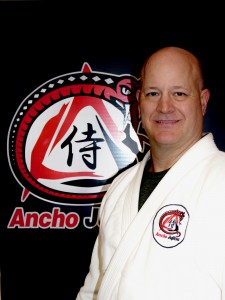 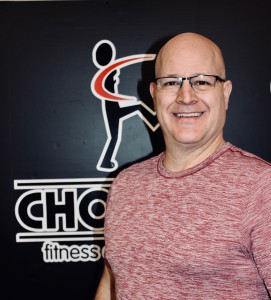 Mike Cholette has over 15 years of Jiu-Jitsu and Kick boxing experience.

Mike also specializes in flexibility providing Fascial Stretch™ Therapy having been trained by the gurus and founders of “Stretch to Win ™ Fascia Stretch Therapy” Ann , Chris FREDERICK and Kevin DARBY. Believing that success in sports comes with a solid foundation beginning with “Functional Movement”.

Mike is the only Level III Fascial Stretch Specialist in the Brockville area and his skill set has allowed him to treat Professional athletes.

He played Jr. A hockey and officiated for over 20 years, retiring in 2012 as an official with the Canadian Central Junior A Tier 1 Hockey League. His officiating career highlights include officiating the Central Junior “A” league finals and the Fred Page Cup Jr. “A “ Championships. He was awarded the Brockville Minor Hockey referee of the year in 2009/2010.

He has been the official fitness consultant and conditioning coach for the Brockville Braves Tier 1 Jr A hockey club. He also works with competitive minor hockey players and teams offering group off- ice conditioning and training to increase Cardio, Physical strength, Power and Agility targeted sport specific.

He has received training from the best including Peter TWIST and Todd DURKIN.

Mike is a very active individual; however he has physical limitations due to work related injuries. He has had two (2) back surgeries and has had to deal with chronic back pain. He maintains a healthy lifestyle by including proper Cardio, Resistance training and much Flexibility using Fascial Stretch™ Therapy techniques. His personal knowledge and experience with respect to back and core strengthening programs combined with his Fascia Stretch™ knowledge can only benefit people who want to live an active life style. Mostly importantly he knows his limitation staying within his scope of his expertise.

On a personal note, Mike is married and the father of three children. He continues to be an active member in his community. He has acted as the the Fitness Coordinator and a Supervisor of Officials for Hockey Eastern Ontario working with the Junior “A” and “B“ Hockey leagues officials.

He was a Board member of O/C Transpo (Ottawa Transit) Transecure Committee and has been a Loan Representative for the United Way. He was the Law Enforcement Torch Run for Special Olympics Coordinator for several years and was recognized as one of the top fundraisers in Ontario. He has donated Boot-Camps for M/S, coordinated fundraisers for Cancer selling special Pink “Fight Like a Girl “Choley’s Fitness dry fit shirts to promote Cancer awareness. He continues to be involved in breast cancer awareness participating in promoting the cause.

He has received several awards during his career, but he is most proud of receiving the Governor General of Canada – Medal of Bravery Award in 2007.

He believes that fitness plays a major role in longevity and mental strength, however it should not cost a small fortune. Most importantly he has the personality to motivate and have fun. Your success, is his success and fitness is truly therapeutically for him.